A high-level group on sustainable finance has advised European regulators to incentivise a more favourable treatment for energy saving loans and mortgages, which could unlock billions in lending for green building renovation programs and other green projects.

The group’s final report says that almost three-quarters of the EU’s 2030 clean energy investment gap – estimated at around €130 billion a year (AU$204b) – is accounted for by energy efficiency in buildings, most of which is concentrated in central and east European countries where the leakiest buildings are found.

It calls on policymakers to support efforts to “exploit potential links between energy efficiency savings and mortgage loan performance”.

Some banks are already looking at ways of providing better approaches to financing energy saving programs, such as building renovation loans to homeowners. For instance, the European Mortgage Federation is developing a standardised “energy efficient mortgage”, which links efficiency improvements with a lower probability of default of borrowers.

The high-level group believes that directing investment into long-term, sustainable projects will also improve the stability of the financial system as a whole. It proposes:

It’s quite radical for a bunch of high-level financiers.

The EU executive is to follow up on the report’s recommendations during the first half of March with a comprehensive action plan on green finance that will include more steps to encourage investments in energy efficiency. This will include a “harmonised taxonomy” for banks to classify different types of financial products according to their environmental performance and to prevent “greenwashing”.

Christian Thimann, head of sustainability at French insurer AXA, who chaired the group, said: “There is no claim that everything green is necessarily less risky. But the group does make the claim that taking account of environmental and climate risk and long-term sustainability may have – and in some cases must have – a positive impact on your risk analysis.”

The report is timely because the EU is in sore danger of missing its target of a 20 per cent reduction of energy consumption by the year 2020 compared to baseline projections, according to the latest figures. 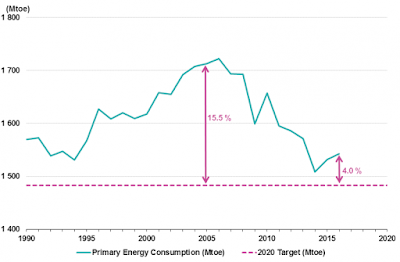 EU28 primary energy consumption: Progress towards the energy efficiency target between 1990 and 2016. 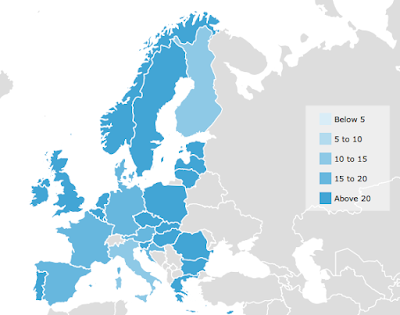 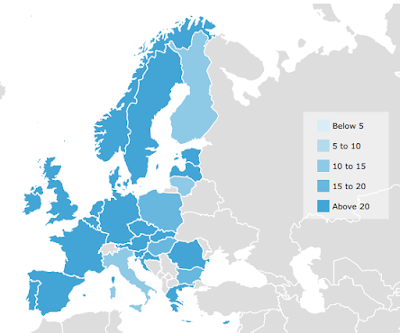 As a result, the high-level financiers’ report recommends that the new Sustainable Infrastructure Europe body should have a particular focus on the Central and Eastern Europe area, and have Eastern European offices.

Figures also show that 8.7 per cent of Europe’s 28 countries’ population on average is in fuel poverty, down from a 10.8 per cent peak in 2012, but this varies wildly by nation, with Greece being amongst the worst performers, and Norway and Switzerland amongst the best.

Note: This article first appeared on The Fifth Estate on 19 February.